"The Telling" from a Canyon Called Hell

"They say the Chinook ain't comin' back,
And the cowman must carry the blame."


Those wistful words by Snake River cowboy poet, Smoke Wade, say a mouthful about how the traditional American cowboy faded from the Snake River canyon. Today, Mr. Wade writes stories and poems that recall his rugged ranching life among the rich native grasses and rock faced cliffs of America's deepest gorge.
Smoke Wade was raised on a spread in Hells Canyon where the Snake and Grande Ronde rivers meet. Like his father and grandfather before him, Mr. Wade grew up on the back of horses and rode six miles to a one-room school during his elementary school days. It was in his blood. His grandfather, J.H. Jidge Tippett, was placed on the back of a horse with his mother and three siblings at the age of four in 1891, and rode from their camp in the Blue Mountains to a new life along the Snake.


The home ranch lay about seventy miles from the county seat of Enterprise, Ore., on a travois trail that climbed 5,000 feet from the river to the prairie above. Mr. Wade's elders were renowned for driving cattle through the tricky rivers and even loading them one-by-one onto a boat (that's all that would fit) to reach grazing lands on the other side.

Smoke's first job off the ranch came in 1960 when he was fourteen years-old and worked as a muleskinner for the Cache Creek sheep drive. In those days, thousands of sheep were grazed at the bottom of Hell's Canyon in winter. In spring they were driven up the canyon, through the heart of downtown Enterprise, and on to summer pasture along the National Stock Drive Trail in the Wallowa Mountains. Mr. Wade celebrated his 15th birthday in the woods, sitting around a bonfire with the other men, nipping on a bottle and telling stories, with coyotes and cougars howling and screeching in the distance.


Tall tales and cowboy poems were a staple of life for America's legendary men of the land. It is how they held fast to essential cowboy wit and wisdom and passed it to the next generation. Now their words mostly memorialize the waning culture of the open range.

"Often, the 'telling' was a way of recalling the significance of events, the lives of other cowboys, or perhaps the general history of the range we rode. After the fall of the Hells Canyon ranching industry, cowboy poetry was a natural way for me to recall the history of the life I once lived and the cowboys I had known." Smoke Wade

A Change of Season by Smoke Wade


We don't summer at Chesnim' these days,
Not since the For' Service shut 'er down;
They took away our permit to graze,
Now we pasture on the edge of town.

We don't fall ride at Cold Springs anymore,
In the teeth of an early winter storm;
Or hitch our boots by the cow camp door,
And play cribbage inside where it's warm.

We no longer winter by the Snake,
On benches carved below the rim;
The land was sold for the public's sake,
To the For' Service and to the BLM.

No, we don't spring calve on Cactus Flat,
Since it sold to the State Fish and Game;
They say the Chinook ain't comin' back,
And the cowman must carry the blame.

So, we gather now, at Third and Grand,
A beer garden after the parade;
And, here we'll make one final stand,
Until this season begins to fade. 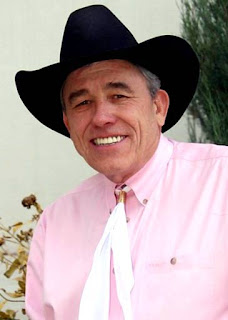