Oregon's Alpinefest in the Mountains

Experience the fun of Swiss-Bavarian Alpine culture against the breathtaking backdrop of northeast Oregon's Wallowa Mountains, a.k.a. Little Switzerland, Sept 27 to Oct 1, with four days of accordions, polkas, lederhosen, alpenhorns, bratwurst, bier trinken, and of course, yodeling at Oregon's Alpenfest 2017.

Not feeling Bavarian yet? Get in the Alpenfest mood at the OK Theater in Enterprise, OR, Wednesday, Sept 27, with the new version of "Heidi." Doors open 5:30 p.m., film at 6. $5 adults and teens, $1 kids unless dressed in costume, then free admission.

Don the dirndles and lederhosen on Thursday for the procession and opening ceremony of Oregon Alpenfest downtown Enterprise at 4 pm. Then head to Terminal Gravity for the official tapping of the first keg of Alpenfest Beer, with more accordians and yodeling, which becomes increasingly more fun as greater quantities of beer are consumed.

Alpen festivities move to the Edelweiss Inn at Wallowa Lake on Friday, where the Alpine Art Fair, polka lessons, Tirolean dancers, music, and of course, more yodeling start at noon.

An Alpine breakfast is available at the Alpine Inn at Wallowa Lake, Saturday morning, starting at 8 a.m. Don't miss the demonstration of Swiss folk wrestling (Schwingen) at 11:30 a.m.

The Alpenshow at Edelweiss Inn runs from 1 to 11 pm with much beer drinking, dancing, yodeling, and free waltz lessons at 5 p.m.

Meanwhile, the sound of accordions will fill the air in downtown Joseph through the day between 10 am and 2 pm at the Wallowa County Farmers Market and Joseph Visitor Center.


The Sunday line-up at Edelweiss Inn is more of the same with free admission on Patriot's Day for military service members and veterans, law enforcement officers, and firefighters.

Contact Oregon's Alpenfest at alpenmeister@swissmail.com or 541-398-1096
Posted by Mountain View Cat at 2:51 PM No comments: 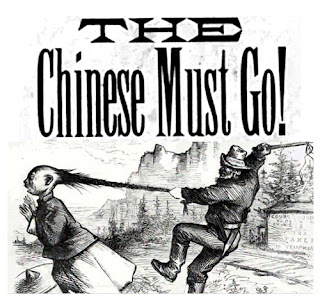 The film “Massacre At Hells Canyon”, will be shown Tuesday, Sept. 26 at 7 p.m at The
Josephy Center. Suggested donation is $5.

The documentary recounts the brutal murder of Chinese miners along the Snake River, about 40 miles east of Joseph, OR, as the crow flies.

In 1886, more than thirty Chinese gold miners, operating under the auspices of the Sam Yup Company of San Francisco, acquired grubstakes at Lewiston, Idaho, and headed up the river. They hauled their supplies upstream for 65 miles along rough and rocky banks, maneuvering their boats through some of the most rugged and isolated terrain in the West. They struggled past the mouth of the Imnaha River to Dry Creek and set up camp near a traditional Nez Perce Indian crossing. There they proceeded to extract fine gold "flour" from debris left behind by less patient and
thorough miners. Historical rumors estimate they had accumulated around $5,000 of gold dust when they were all shot and mutilated by a gang of ruffians holed up nearby.

Antagonism toward the Chinese was high on the frontier at the time, as it was for any people with strange traditions, darker skin, or Mongolian features, especially if they threatened ones desired quality of life in any way, like controlling valuable resources or working harder, smarter, or cheaper than everyone else.

The massacre was briefly tried in a local court, where a Wallowa County jury found the perpetrators not guilty. After that it seemed best not to dwell on the gory matter and it never made the history books. The details are still sketchy, although some of the trial records that had disappeared surfaced in 1995, buried under other papers in an old safe being donated to the local museum.

Efforts of several researchers over the past few decades have stimulated interest in preserving the story of the victims and memorializing their plight.

(Read https://www.osbar.org/publications/bulletin/07nov/legalheritage.html for a recounting of the story and the social climate of the day.)

What was obvious at the time, was that by July of 1887, the mutilated bodies of Chinese miners were washing up along the Snake River about 65 miles downstream in Idaho Territory, so at least the motions of an investigation were required.

One of the suspects, Frank E. Vaughan, turned state's evidence and his testimony led to the arrest of three suspects, including15-year old Robert McMillan. They were all acquitted. Another three fled and were never tried. A relative of Vaughn later opined that "he was guilty as sin."

Three years after the trial, young McMillan, who had downplayed the events in court, was dying of diptheria in Walla Walla, Washington, with a guilty conscience. He made a deathbed confession that he witnessed 13 of the Chinese gunned down at Deep Creek the first day. He was not present the second day, but had heard the boasting about how 21 more were killed.

The incident was officially acknowledged in 2005 and the site of the crime was renamed Chinese Massacre Cove. In 2012 a small monument was delivered there by helicopter and a ceremony ensued. Located within the Hells Canyon National Recreation Area, the best way to see the memorial is to travel up the river by boat from Lewiston.

Posted by Mountain View Cat at 1:21 AM No comments: